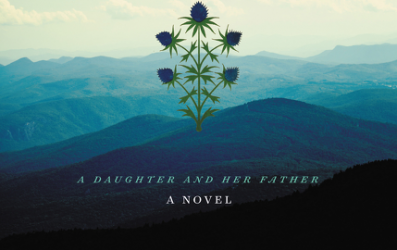 About the book, Monticello

From the critically acclaimed author of The Widow’s War comes a captivating work of literary historical fiction that explores the tenuous relationship between a brilliant and complex father and his devoted daughter—Thomas Jefferson and Martha Jefferson Randolph.

After the death of her beloved mother, Martha Jefferson spent five years abroad with her father, Thomas Jefferson, on his first diplomatic mission to France. Now, at seventeen, Jefferson’s bright, handsome eldest daughter is returning to the lush hills of the family’s beloved Virginia plantation, Monticello. While the large, beautiful estate is the same as she remembers, Martha has changed. The young girl that sailed to Europe is now a woman with a heart made heavy by a first love gone wrong.

The world around her has also become far more complicated than it once seemed. The doting father she idolized since childhood has begun to pull away. Moving back into political life, he has become distracted by the tumultuous fight for power and troubling new attachments. The home she adores depends on slavery, a practice Martha abhors. But Monticello is burdened by debt, and it cannot survive without the labor of her family’s slaves. The exotic distant cousin she is drawn to has a taste for dangerous passions, dark desires that will eventually compromise her own.

As her life becomes constrained by the demands of marriage, motherhood, politics, scandal, and her family’s increasing impoverishment, Martha yearns to find her way back to the gentle beauty and quiet happiness of the world she once knew at the top of her father’s “little mountain.”

About the author, Sally Cabot Gunning

A lifelong resident of New England, Sally Cabot Gunning has immersed herself in its history from a young age. She is the author of the critically acclaimed Satucket Novels—The Widow’s War, Bound, and The Rebellion of Jane Clarke—and, writing as Sally Cabot, the equally acclaimed Benjamin Franklin’s Bastard. She lives in Brewster, Massachusetts, with her husband, Tom.

I’ve always been fascinated by the lives of our forefathers and foremothers, and as someone who’s still riding the high of seeing Hamilton: An American Musical on Broadway, this novel, Monticello, came at the perfect time for me.

We tend to gloss over the more unsavory aspects of our history – the fact that both George Washington and Thomas Jefferson owned slaves, for example. Most of us eventually get to a place where we can accept that even great men and women are still human, with human failings. This novel gives us a glimpse at the more human side of Jefferson, as seen through the eyes of his eldest daughter, Martha.

I really liked the way author Sally Cabot Gunning depicted Martha from the start. She’s clearly both compassionate and intelligent. As well, she’s a girl who is just coming into the fullness of womanhood, with all of the responsibilities that entails.

We first meet her on the carriage ride taking her, along with her father, her sister, and Sally Hemings (an historical figure in her own right) back to their estate, Monticello, for the first time after several years of life in Paris, and we see it through the eyes, not of contemporary tourists searching for a connection to American history, but of a young woman who must marry the glorified memories with the truth of her home and her life.

Author Gunning paints vivid pictures of life in the late 18th and early 19th centuries in America, blending the personal with the political, and letting us see the dichotomy of Thomas Jefferson: Founding Father and Thomas Jefferson, father. As well, she gives us, in Martha Jefferson (eventually Martha Jefferson Randolph) a woman who becomes more and more aware of the culture and climate of her country, as juxtaposed with her rather sheltered life up on the hill.

I enjoyed seeing Jefferson through Martha’s eyes, but I enjoyed Martha’s own story – her burgeoning political and civil awareness, the difficult choices she must make in honoring her father’s legacy, but also answering to her own beliefs, and her personal life – loves lost and found, and friendships made and kept.

This is a novel, and must be treated as such, but the characters and settings are so dimensional, the research obviously painstakingly done, that it feels like truth, even when it may not necessarily be 100% factual. It’s definitely a gripping and compelling read, and I’d recommend it to anyone who loves history, yes, but also to anyone who enjoys stories about strong, smart young women finding their places in the world.

Wednesday, July 12th: Diary of a Stay at Home Mom

Thursday, July 13th: Into the Hall of Books