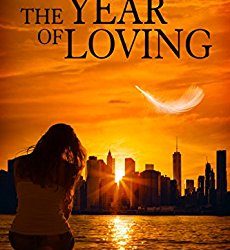 About the book, The Year of Loving

Art gallerist Sarah Paige’s world is crumbling. One daughter barely speaks to her and the other is off the rails. Sarah is struggling to keep her gallery afloat in a tough market when she learns that her most beloved friend has cancer. In the midst of her second divorce, two men come into her life: an older man who offers companionship and stability and an exciting younger man whose life is as chaotic as hers.

Sarah’s courage, humor, and spirit strengthen her, but how much can she bear, and what sustains her when all else falls away?

Buy, read, and discuss The Year of Loving:

About the author, Traci L. Slatton

Traci L. Slatton is the international bestselling author of historical, paranormal, and romantic novels, including Immortal and Broken; the award-winning dystopian After series, which includes Fallen, Cold Light, Far Shore and Blood Sky; the bittersweet romantic comedy The Love of My (Other) Life; and the vampire art history romp The Botticelli Affair. She has also published the lyrical poetry collection Dancing in the Tabernacle and The Art of Life, a photo-essay about figurative sculpture through the ages. Her book Piercing Time & Space explores the meeting ground of science and spirituality.

From the first moment of meeting Sarah, the twice (almost)-divorced mother of two girls, I was hooked on her story. Who else could meet a man by literally sticking her ass in his face (okay, it’s a clothed ass, and it’s accidental – she’s just tripped over her umbrella, knocked over a store display, and is bending over to solve both problems when her skirt rides up)? But what seems like a setup for a stereotypical romantic comedy is actually just one of many humorous moments in a story that, at times, is gravely serious. It’s that ability to find the priceless laughter in the midst of poignant narrative where author Traci L. Slatton really shines.

Sarah, of course, is the most vivid character in the book, because it’s her story. She’s suffering financial and emotional bankruptcy. Her soon-to-be-ex husband is playing their daughters against her, and her best friend reveals she has cancer. As well, she’s caught between two men, one too young, a representative of that class of people my friends and I often refer to as an entitlement of hipsters, the other older, possibly too much so, and more reserved.

It’s enough fodder for a year of soap opera-esque drama, but author Slatton keeps things grounded, giving us a story of a real-seeming woman’s struggles and satisfactions, tribulations and triumphs that keeps us glued to her story from that afore-mentioned first meeting to the very last page.

If you like reading about smart, sassy, somewhat sarcastic women who find their inner strength just when they most need it, and understand that love is both a risk and reward, you will love The Year of Loving.

Melissa A. Bartell @melysse @JonathanDelArco: The @GOP and their “family values” and “Christian values” stood by and let @realDonaldTrump do this. https://t.co/YbypjhhAzz

h J R
Melissa A. Bartell @melysse @ellleighclarke @BrentSpiner Oh. No. I’d never post them on his feed. Chatter, sure.