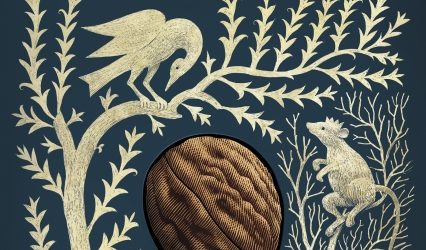 About the book, Hiddensee

From the author of the beloved #1 New York Times bestseller Wicked, the magical story of a toymaker, a nutcracker, and a legend remade . . .

Gregory Maguire returns with an inventive novel inspired by a timeless holiday legend, intertwining the story of the famous Nutcracker with the life of the mysterious toy maker named Drosselmeier who carves him.

Hiddensee: An island of white sandy beaches, salt marshes, steep cliffs, and pine forests north of Berlin in the Baltic Sea, an island that is an enchanting bohemian retreat and home to a large artists’ colony– a wellspring of inspiration for the Romantic imagination . . .

Having brought his legions of devoted readers to Oz in Wicked and to Wonderland in After Alice, Maguire now takes us to the realms of the Brothers Grimm and E. T. A. Hoffmann– the enchanted Black Forest of Bavaria and the salons of Munich. Hiddensee imagines the backstory of the Nutcracker, revealing how this entrancing creature came to be carved and how he guided an ailing girl named Klara through a dreamy paradise on a Christmas Eve. At the heart of Hoffmann’s mysterious tale hovers Godfather Drosselmeier– the ominous, canny, one-eyed toy maker made immortal by Petipa and Tchaikovsky’s fairy tale ballet– who presents the once and future Nutcracker to Klara, his goddaughter.

But Hiddensee is not just a retelling of a classic story. Maguire discovers in the flowering of German Romanticism ties to Hellenic mystery-cults– a fascination with death and the afterlife– and ponders a profound question: How can a person who is abused by life, shortchanged and challenged, nevertheless access secrets that benefit the disadvantaged and powerless? Ultimately, Hiddensee offers a message of hope. If the compromised Godfather Drosselmeier can bring an enchanted Nutcracker to a young girl in distress on a dark winter evening, perhaps everyone, however lonely or marginalized, has something precious to share. I’ve been a fan of The Nutcracker in all its variations since a family friend gifted me with a copy of the book A Very Young Dancer when I was five. Forty-two years later, I still can’t get enough of it. The Tchaikovsky music is ever present in my iTunes playlist, and I spend the month of December watching every single production of the ballet that makes it to cable. (Ovation‘s annual ‘Battle of the Nutcrackers’ is a favorite event.) Somewhere in a box, I even have a wooden nutcracker doll, sent to me by my oldest auntie, when she and her husband were stationed in Ramstein, Germany in the 1970s.

My point is, The Nutcracker is part of my DNA, and the reason I was initially drawn to read and review this book, Hiddensee.

The thing is, Gregory Maguire’s novel has no resemblance to the story we all love. At first, that was disappointing. I was looking forward to an in-depth look at the Nutcracker-Prince’s story. I was hoping for the unresolved sexual tension between Herr Drosselmeier and Klara (known as Marie in some versions of the story) to be resolved.

That is not what Hiddensee is.

Instead, Maguire’s novel is the origin story of Dirk Drosselmeier, the boy who grows up to become the toymaker who creates the famous doll.

In terms of style and craft, Hiddensee is excellent. Maguire has a way of using simple language to create vivid scenes, evoke real emotion, and immerse us in whatever world he’s choosing to inhabit. In this novel, he recreated the tone of all those early E.T.A. Hoffman (who wrote the original Nutcracker fairy tale) and the Brothers Grimm, mixing in more than a little German romanticism. If you’ve ever read Rilke or Goethe, you will be extremely comfortable with Hiddensee, because it has that faintly dreamlike quality those two poets used to great effect.

In terms of story, I was a little disappointed. Oh, I was invested in young Dirk as a character, but I was expecting a Nutcracker story, not a coming-of-age story about a young man. As well, I found that this novel lacked Maguire’s typically excellent pacing, having a start-and-stop effect that I found a bit off-putting.

Perhaps my perception was colored by expectation, or perhaps in the twenty years since Maguire gave us Wicked (and I was an early reader of that novel), he’s lost sight of his goals, because I’m honestly not entirely sure what story he was trying to tell. Dirk is an interesting young man, but there was an air of detachment about him – almost as if he was on the Asperger’s spectrum – that kept me slightly disconnected from his story.

Then, too, there was the fact that every time the story started to rev up, it seemed to stall.

Don’t get me wrong, an ‘average’ offering from Maguire is still more engaging than any offering from a host of other authors, and there was much about this story to love – introductions to German philosophy included – but if you’re going into it expecting it to be a rehashing of the ballet or the fairy tale, you will be disappointed.

Bottom line: read this without the ballet goggles and you’ll find much to enjoy.

Friday, November 17th: Based on a True Story

Melissa A. Bartell @melysse Fuzzy: They have a resealable tub of dark chocolate mila- Me (interrupting): Yes. Fuzzy: you want the Milano cook… https://t.co/gwR9NUZZgM

h J R
Melissa A. Bartell @melysse Day 9 I have been given a task by my friend @louisa.whatsnext to choose 10 Albums that greatly influenced my taste… https://t.co/Bq1RjEmDcD