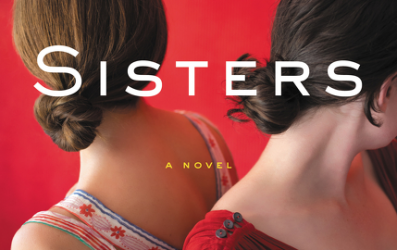 About the book, The Almost Sisters Selected as the #1 Indie Next Pick for August

With empathy, grace, humor, and piercing insight, the author of gods in Alabama pens a powerful, emotionally resonant novel of the South that confronts the truth about privilege, family, and the distinctions between perception and reality—the stories we tell ourselves about our origins and who we really are.

Superheroes have always been Leia Birch Briggs’ weakness. One tequila-soaked night at a comics convention, the usually level-headed graphic novelist is swept off her barstool by a handsome and anonymous Batman.

It turns out the caped crusader has left her with more than just a nice, fuzzy memory. She’s having a baby boy—an unexpected but not unhappy development in the thirty-eight year-old’s life. But before Leia can break the news of her impending single-motherhood (including the fact that her baby is biracial) to her conventional, Southern family, her step-sister Rachel’s marriage implodes. Worse, she learns her beloved ninety-year-old grandmother, Birchie, is losing her mind, and she’s been hiding her dementia with the help of Wattie, her best friend since girlhood.

Leia returns to Alabama to put her grandmother’s affairs in order, clean out the big Victorian that has been in the Birch family for generations, and tell her family that she’s pregnant. Yet just when Leia thinks she’s got it all under control, she learns that illness is not the only thing Birchie’s been hiding. Tucked in the attic is a dangerous secret with roots that reach all the way back to the Civil War. Its exposure threatens the family’s freedom and future, and it will change everything about how Leia sees herself and her sister, her son and his missing father, and the world she thinks she knows.

Joshilyn Jackson is the New York Times bestselling author of seven novels, including gods in Alabama and A Grown-Up Kind of Pretty. Her books have been translated into a dozen languages. A former actor, Jackson is also an award-winning audiobook narrator. She lives in Decatur, Georgia, with her husband and their two children.

I’ve enjoyed Joshilyn Jackson’s work ever since I was first introduced to her writing by my good friend Debra, but I was especially excited about The Almost Sisters once I realized that the protagonist, Leia, shared my geeky sensibility.

In fact, I don’t think I’ve ever fallen so hard for a main character, and I really wish Leia’s comicbook (Stan Lee insists that should be one word, and who am I to argue with Stan Lee?) was real, because Violence in Violet sounds like something I would completely connect with.

Leia and Rachel are ‘almost sisters’ – stepsisters from the age of three, who couldn’t be more different, and yet who share a deep family bond. The way they support each other during Leia’s discovery (and announcement) that she’s pregnant by a Batman cos-player she had a one-night-stand with at a con, Rachel’s marital woes, and Birchie’s (Leia’s grandmother) rapidly deteriorating mental health is absolutely lovely. Real and poignant, and often funny, these two women jump off the page and take up positions on your couch. They even bring the wine.

But Birchie and her girlfriend since childhood, Wattie, are also ‘almost sisters,’ and their friendship is beautiful and rich, layered with decades of familiarity, and colored by the fear of inevitable loss and death.

This novel is essentially a family drama, but it’s also a celebration of its southern roots and southern setting. There’s a sultry-ness that lurks in the background of every scene, and the soundtrack is equal parts southern rock, traditional blues, Americana, and a little bit of country-folk, blended with the rhythmic click of sprinklers resetting and the contrapuntal harmony of cicadas. None of that is spelled out, of course. Jackson’s writing is just so tied to place, and her descriptions are so vivid that you can’t help but add in your own imagined sound.

The Almost Sisters is funny and sad, poignant and prosaic, completely readable, and incredibly compelling. Read it. Read it now. Then share it with a friend.