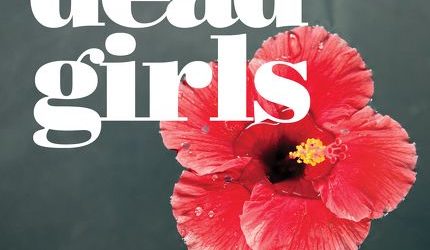 About the book, Dead Girls In this poignant collection, Alice Bolin examines iconic American works from the essays of Joan Didion and James Baldwin to Twin Peaks, Britney Spears, and Serial, illuminating the widespread obsession with women who are abused, killed, and disenfranchised, and whose bodies (dead and alive) are used as props to bolster men’s stories. Smart and accessible, thoughtful and heartfelt, Bolin investigates the implications of our cultural fixations, and her own role as a consumer and creator.

Bolin chronicles her life in Los Angeles, dissects the Noir, revisits her own coming of age, and analyzes stories of witches and werewolves, both appreciating and challenging the narratives we construct and absorb every day. Dead Girls begins by exploring the trope of dead women in fiction, and ends by interrogating the more complex dilemma of living women – both the persistent injustices they suffer and the oppression that white women help perpetrate.

Reminiscent of the piercing insight of Rebecca Solnit and the critical skill of Hilton Als, Bolin constructs a sharp, perceptive, and revelatory dialogue on the portrayal of women in media and their roles in our culture.

“Dead Girls is everything I want in an essay collection: provocative lines of inquiry, macabre humor, blistering intelligence… I love this book.” —  Carmen Maria Machado, author of Her Body and Other Parties

“Bracing and blazingly smart, Alice Bolin’s Dead Girls could hardly be more needed or more timely.” — Megan Abbott, Edgar Award-winning author of You Will Know Me

About the author, Alice Bolin

Alice Bolin’s nonfiction has appeared in many publications including ELLE, the Awl, the LA Review of Books, Salon, VICE’s Broadly, The Paris Review Daily, and The New Yorker‘s Page-Turner blog. She currently teaches creative nonfiction at the University of Memphis.

I’ve always enjoyed essays and literary criticism, and this book, Dead Girls is a delicious collection of both. I really enjoyed the way the author, Alice Bolin, juxtaposed her own upbringing and life experiences with the observations and analysis she made about that genre of literature (primarily) and media in general that concerns the eponymous “dead girls” – the women who are already dead at the start of a story, and whose murder is solved (or not) through the narrative.

As someone who finds the psyche of serial killers morbidly fascinating, I appreciated Bolin’s choice of material, and responded to her use of language. She is a keen observer of her world – our world – and though she’s roughly twenty years younger than I am, I found myself nodding at her comments, appreciating what she had to say.

Then again, I’m also someone who binge-watched sixteen seasons of Law & Order: SVU in the name of “research” for a story I was writing, and I adore anyone who makes references to both Veronica Mars and Stieg Larsson in the same piece.

As this book is a collection of essays, the temptation is to pick and choose from the titles that seem interesting, and read them in whatever order. I would advice the prospective reader not to do this. These essays form a dual narrative of the author’s life and the evolution of “dead girl” literature, and the flow is so much better if you read them in order.

Goes well with a shot of bourbon, and slanted fedora, and a rainy night.

Monday, July 2nd: Based on a True Story

Friday, July 13th: Thoughts On This ‘n That