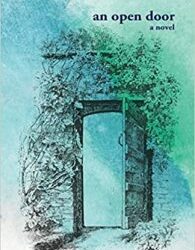 About the book, An Open Door

It’s 1948 and the freedom granted women by the Second World War is gone. Edith Sloan, earning her doctorate, is told by her law student husband to cancel her academic plans. His bright future requires a certain kind of wife: one in the kitchen making dinner for important guests. Frustrated and defiant, Edith leaves him but returns when his begging letters become too much. Trapped by marriage and her husband’s ambition, Edith struggles to find her footing and the means to her own survival.

About the author, Anne Leigh Parrish

Anne Leigh Parrish lives in a forest in the South Sound Region of Washington State. She is the author of the moon won’t be dared; a winter night; what nell dreams; maggie’s ruse; the amendment; women within; by the wayside; what is found, what is lost; our love could light the world; and all the roads that lead from home.

Find her online at anneleighparrish.com.

I haven’t read an Anne Leigh Parrish book since I read By the Wayside in 2017, I’ve been reading a lot of novels set during World War II, lately so the first thing that I really appreciated about Anne Leigh Parrish’s most recent novel, An Open Door, is that it’s set in 1948 – after the war but before the Civil Rights movement of the 60s. This is a period that isn’t tackled a lot in fiction, and it should be, because it’s such a complex period.

Also complex is the main character of this novel. Edith is another of author Parrish’s strong female characters, and this novel is very much about her awakening. It’s not a coming-of-age story – Edith is an adult when we meet her – but she’s working in a government office, and has a boyfriend studying law at Harvard on the G.I. bill, and, like many young women, she’s caught between what society (and Walter) expect from her, and what she wants for herself.

Parrish’s characters are her strong point. Every one of them is dynamic and dimensional, but what I really loved about this book is that her prose – whether dialogue or description – is very graceful. Fluid, even. At 270 pages, this isn’t particularly short, nor is it overlong, but the language sings on the page, and that made the story really enjoyable. Also brilliant are the little nuances she puts in every scene, making the simple act of turning off a hot plate and forgoing a cup of tea an expression of Edith’s dissatisfaction. “Well-crafted” does not begin to describe this story.

Overall, I feel An Open Door is just that. This novel opens the door, for Edith, and for us as readers,  to feminism, to self-worth, and to what one really desires out of life. I recommend this to anyone who was raised on novels like A Tree Grows in Brooklyn, which the author has Edith considering in the opening chapter. It’s the perfect blend of social commentary, gentle sarcasm, and a compelling and interesting story.

Goes well with: a standing rib roast, creamed spinach, and potatoes au gratin, which Walter didn’t get to eat.

Visit the Other Great Stops on This Tour: