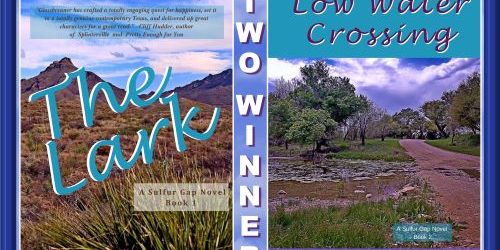 About the book, Saving Irene, a Culinary Mystery Irene Foxglove wishes she were a French chef. Henrietta James, her assistant, knows she is nothing more than a small-time TV chef on a local Chicago channel. And yet when Irene is threatened, Henny tries desperately to save her, wishing always that “Madame” would tell her the truth—about her marriage, her spoiled daughter, her days in France, the man who threatens her. Henny’s best friend, the gay guy who lives next door, teases her, encourages her—and maybe loves her from afar. Murder, kidnapping, and some French gossip complicate this mystery, set in Chicago and redolent with the aroma of fine food. Recipes included.

“A nicely convoluted murder mystery and a glorification of America’s diverse cuisines, played out against the attractions of a lovingly drawn Chicago.”—Fred Erisman, In Their Own Words: Forgotten Women Pilots of Early Aviation

“Get lost in the beauty of Chicago and the intrigue of a Texas girl making her way in the world . . . You won’t see the end coming.”—Mary Dulle, avid cozy fan About the author, Judy Alter After an award-winning career writing historical fiction about women of the nineteenth-century American West, Judy Alter turned her attention to contemporary cozy mysteries: the Kelly O’Connell Mysteries and Blue Plate Café Mysteries. Her avocation is cooking, and she is the author of Cooking My Way Through Life with Kids and Books, Gourmet on a Hot Plate, and Texas is Chili Country.

Born in Chicago, she has made her home in Fort Worth for over fifty years. Judy is also a proud Scot, a member of Clan MacBean. One trip to the Highlands convinced her that is where her heart is, and she longs to write a novel set in Scotland.

Judy is an active member of Sisters in Crime, Guppies, Story Circle Network, Women Writing the West, and the Texas Institute of Letters. When she is not writing, she is busy with seven grandchildren and a lively poodle/border collie cross.

Saving Irene was my first introduction to the work of Judy Alter and the fact that I found myself talking back to the characters (Sorry, Henny, but no legit Italian cook adds oil to pasta unless they’re making aglia e olio) says a lot for how real they felt to me.

Feisty, funny, Texan Henny with her grumbling asides really engaged me, while Madame Irene (as she prefers to be addresses) was a closed-mouthed mystery in herself, with only bits of her history being revealed through the conversations of others.

While I might have quibbled with some of the cooking tips, I enjoyed the characters aside from the main two (attention must be paid to Henny’s neighbor Patrick… there’s got to be something going on there) immensely. Madame Irene’s daughter, Gabrielle, and husband are the two that come to mind, but even the ancillary characters were well-drawn, and I enjoyed their interactions.

I’m a long-time fan of culinary mysteries, and this genre is one of the reasons I always suggest a meal or snack pairing in my reviews. Food and books just go together for me, and this novel proved why by having food as an integral component.

This reads like a standalone novel, but there’s certainly room for a sequel (hint, hint) should the author be so inclined. Meanwhile, I’ll be checking out her earlier titles.

Goes well with: Croque madame and sparkling water with a twist of lime. Click to visit the Lone Star Literary Life tour page for direct links to each blog on this tour.