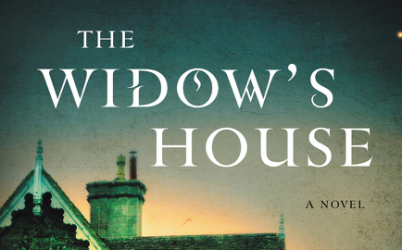 About the book, The Widow’s House This chilling novel from the bestselling, award-winning author of The Lake of Dead Languages blends the gothic allure of Daphne DuMaurier’s Rebecca and the crazed undertones of Charlotte Perkins Gilman’s The Yellow Wallpaper with the twisty, contemporary edge of A.S.A. Harrison’s The Silent Wife—a harrowing tale of psychological suspense set in New York’s Hudson Valley.

When Jess and Clare Martin move from Williamsburg, Brooklyn, to their former college town in the Hudson River valley, they are hoping for rejuvenation—of their marriage, their savings, and Jess’s writing career.

They take a caretaker’s job at Riven House, a crumbling estate and the home of their old college writing professor. While Clare once had dreams of being a writer, those plans fell by the wayside when Jess made a big, splashy literary debut in their twenties. It’s been years, now, since his first novel. The advance has long been spent. Clare’s hope is that the pastoral beauty and nostalgia of the Hudson Valley will offer some inspiration.

But their new life isn’t all quaint town libraries and fragrant apple orchards. There is a haunting pall that hangs over Riven House like a funeral veil. Something is just not right. Soon, Clare begins to hear babies crying at night, see strange figures in fog at the edge of their property. Diving into the history of the area, she realizes that Riven House has a dark and anguished past. And whatever this thing is—this menacing force that destroys the inhabitants of the estate—it seems to be after Clare next…

About the author, Carol Goodman

Carol Goodman is the critically acclaimed author of fourteen novels, including The Lake of Dead Languages and The Seduction of Water, which won the 2003 Hammett Prize. Her books have been translated into sixteen languages. She lives in the Hudson Valley with her family, and teaches writing and literature at the New School and SUNY New Paltz.

I love a good thriller, but The Widow’s House is much more than merely a thriller. Yes, it’s the story of the secrets that main characters Clare and Jess Martin uncover as creepy – and downright scary – things happen to them in their new roles as caretakers of of Riven House, but it’s also the story of the tension that can happen in a marriage when one partner succeeds and the other is still struggling.

Author Goodman weaves a compelling story, balancing dramatic tension both in the obvious story of the house and its history, but also in the interpersonal dynamic between Jess and Clare.

As a struggling writer myself, I really empathized with Clare, but I also disagreed with some of her choices. Still, I felt she, Jess, and the other characters we meet in this novel were all very realistically drawn, with hopes and dreams, quirks, and flaws.

If you love a thriller, this book has it all – vivid descriptions, a spooky location, jeopardy that feels very real, and characters that are easy to care about.

Goes well with homemade baguette, Stilton cheese, and a glass of red wine. Anything except Merlot.