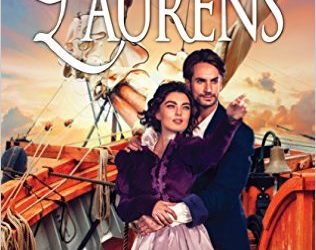 About the book, Lord of the Privateers

The eldest of the Frobisher brothers and widely known as the lord of the privateers, Royd Frobisher expects to execute the final leg of the rescue mission his brothers have been pursuing. What he does not expect is to be pressured into taking his emotional nemesis, childhood sweetheart, ex-handfasted bride, and current business partner, Isobel Carmichael, with him. But is it Isobel doing the pressuring, or his own restless unfulfilled psyche?

Resolute, determined, and an all but unstoppable force of nature, Isobel has a mission of her own—find her cousin Katherine and bring her safely home. And if, along the way, she can rid herself of the lingering dreams of a life with Royd that still haunt her, well and good.

Neither expects the shock that awaits them as they set sail aboard Royd’s ship, much less the new horizons that open before them as they call into London, then, armed with the necessary orders and all arrangements in place, embark on a full-scale rescue-assault on the mining compound buried in the jungle.

Yet even with the support of his brothers and their ladies and, once rescued, all the ex-captives, Royd and Isobel discover that freeing the captives is only half the battle. In order to identify and convict the backers behind the illicit enterprise—and protect the government from catastrophic destabilization—they must return to the ballrooms of the haut ton, and with the help of a small army of supporters, hunt the villains on their home ground.

But having found each other again, having glimpsed the heaven that could be theirs again, how much are they willing to risk in the name of duty?

Buy, read, and discuss Lord of the Privateers About the author, Stephanie Laurens

I love a good swashbuckler, and I love a good romance, especially when the characters feel equally matched. In Lord of the Privateers, Stephanie Laurens gives us exactly that. The romance – actually a rekindling of a relationship both parties keep trying to forget – has just the right amount of sizzle, and the sparks aren’t limited just to chemistry. Isobel and Royd banter, argue, bicker, make up, and start all over, all while handling the care and maintenance of a shipyard, a sailing fleet, their specific ship the Corsair, family drama, and a greater mission.

And they do it well. Seriously if Amy Sherman Palladino or Aaron Sorkin wrote Age of Sail romantic comedies, the result would be Stephanie Laurens’ work, except that Laurens has her own voice, and her own point of view, and nothing she does feels anything but fresh, fun, and interesting.

What I loved was Isobel in general. Yes, I found one plot point – one key decision she made – a little contrived, but over all she’s smart, strong, funny, and supremely real.

What I didn’t love: no one used a cutlass to slide down a mainsail. Okay, these weren’t actually pirates, but privateers – there is a distinction – but still.

If you want a romance that will have you totally hooked from page one, that will make you sigh with longing even as you feel imagined salt air in your face, and also balances the love story with the adventure story,  Lord of the Privateers is the novel for you.

Goes well with fish and chips and a good ale.