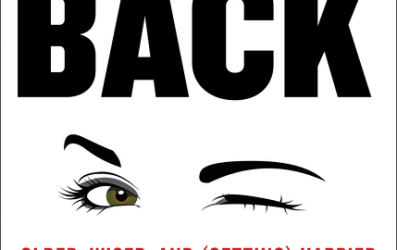 About the book, The Bitch is Back More than a decade after the New York Times bestselling anthology The Bitch in the House spoke up loud and clear for a generation of young women, nine of the original contributors are back—along with sixteen captivating new voices—sharing their ruminations from an older, stronger, and wiser perspective about love, sex, work, family, independence, body-image, health, and aging: the critical flash points of women’s lives today.

“Born out of anger,” the essays in The Bitch in the House chronicled the face of womanhood at the beginning of a new millennium. Now those funny, smart, passionate contributors—today less bitter and resentful, and more confident, competent, and content—capture the spirit of postfeminism in this equally provocative, illuminating, and compelling companion anthology.

Having aged into their forties, fifties, and sixties, these “bitches”—bestselling authors, renowned journalists, and critically acclaimed novelists—are back . . . and better than ever. In The Bitch Is Back, Cathi Hanauer, Kate Christensen, Sarah Crichton, Debora Spar, Ann Hood, Veronica Chambers, and nineteen other women offer unique views on womanhood and feminism today. Some of the “original bitches” (OBs) revisit their earlier essays to reflect on their previous selves. All reveal how their lives have changed in the intervening years—whether they stayed coupled, left marriages, or had affairs; developed cancer or other physical challenges; coped with partners who strayed, died, or remained faithful; became full-time wage earners or homemakers; opened up their marriages; remained childless or became parents; or experienced other meaningful life transitions.

As a “new wave” of feminists begins to take center stage, this powerful, timely collection sheds a much-needed light on both past and present, offering understanding, compassion, and wisdom for modern women’s lives, all the while pointing toward the exciting possibilities of tomorrow.

Buy, read, and discuss The Bitch is Back

About the editor, Cathi Hanauer Cathi Hanauer is the author of three novels—My Sister’s Bones, Sweet Ruin, and Gone—and is the editor of the New York Times bestselling essay collection The Bitch in the House. A former columnist for Glamour, Mademoiselle, and Seventeen, she has written for The New York Times, Elle, Self, Real Simple, and other magazines. She lives in Northampton, Massachusetts, with her husband, New York Times “Modern Love” editor Daniel Jones, and their daughter and son.

I loved this book. It’s funny and feisty and fierce, but at the same time it’s serious and poignant. Some of the authors included are women whose work I’ve been reading all my life and some are new to me, and even when they were describing situations that were foreign to me I found their words interesting, relevant, and often provocative. These are real women writing about their real lives. They write about marriage and family and being single and being professional and turning your back on what people expect.

They write with honest voices full of wit and wisdom and no small amount of warmth.

And these writings very obviously come from a place where Truth is deeply rooted.

Ordinarily, this is the part of my review where I would pick out a few favorites from the collection of essays and highlight them, but I can’t do that. Why? Because to highlight any of them feels like slighting the rest.

Instead, let me just share my enthusiasm, no – my delight – in the fact that this true stories were from women my age and older. Strong women. Smart women. And, yes, bitchy women, but only in the sense that these women have reclaimed the word ‘bitch’ and made it representative of feminism, personal choice, and self expression in only the best ways. If these women are bitches, then, damn! I want to be a bitch, too.

Essay after essay, I could not stop reading these words. The woman who declared that she was trans after years of marriage and still shares a home and a life with her original wife. Beautiful. The college president owning her fight to stay youthful. I completely get that. The book unwinds, the tales go on, and  – seriously – I read in the bathroom a lot, and my feet fell asleep more than once because I was so engaged in these words.

But The Bitch is Back grabbed my attention from the first word of the forward, and never let me waver until I’d sucked the last sentence into my soul.

Read it. I promise. You’ll find yourself nodding you head and smiling and laughing  – and sometimes cursing – only to smile and laugh and nod some more.

Goes well with whatever you love. I chose coffee and a toasted bagel and Greek yogurt with fruit and honey.

Monday, October 3rd: Thoughts On This ‘n That

Monday, October 10th: A Lovely Bookshelf on the Wall