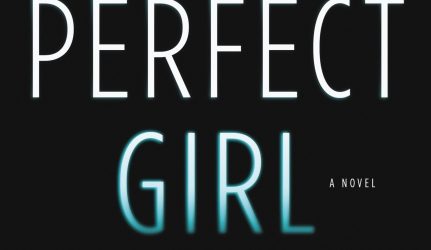 About the book, The Perfect Girl From Gilly Macmillan, the international bestselling and Edgar Award nominated author of What She Knew, comes this whip-smart, addictive, and harrowing novel of psychological suspense—perfect for fans of Paula Hawkins and Kimberly McCreight.

“With tightly drawn characters, a fascinating storyline and absolutely exquisite narration, The Perfect Girl is sure to keep readers up all night. Gilly Macmillan proves once again to be a master of the written word and is quickly becoming one of my go-to authors. Literary suspense at its finest.”—Mary Kubica, New York Times bestselling author of Pretty Baby

Zoe Maisey is a seventeen-year-old musical prodigy with a genius IQ. Three years ago, she was involved in a tragic incident that left three classmates dead. She served her time, and now her mother, Maria, is resolved to keep that devastating fact tucked far away from their new beginning, hiding the past even from her new husband and demanding Zoe do the same.

Tonight Zoe is giving a recital that Maria has been planning for months. It needs to be the performance of her life. But instead, by the end of the evening, Maria is dead.

In the aftermath, everyone—police, family, Zoe’s former solicitor, and Zoe herself—tries to piece together what happened. But as Zoe knows all too well, the truth is rarely straightforward, and the closer we are to someone, the less we may see.

Unfolding over a span of twenty-four hours through three compelling narratives, The Perfect Girl is gripping, surprising, and emotionally complex—a richly layered look at loyalty, second chances, and the way secrets unravel us all.

About the author, Gilly Macmillan

Gilly Macmillan is the Edgar Nominated and New York Times bestselling author of What She Knew. She grew up in Swindon, Wiltshire and lived in Northern California in her late teens. She worked at The Burlington Magazine and the Hayward Gallery before starting a family. Since then she’s worked as a part-time lecturer in photography, and now writes full-time. She resides in Bristol, England.

I wasn’t certain, at first, if I would enjoy this book. For some reason, the rapidly changing points of view were jarring at first, even though I often read novels with similar styles. I put the novel away for a few days, then picked it up again, and found myself absorbed in it from the (re)start. Sometimes you have to meet a book at the right time.

Author Gilly Macmillan has given us, in The Perfect Girl a practically perfect story. The characters – Zoe, Tessa, Sam, Richard – everyone – are interesting and dimensional, and the choice to alternate first-person points of view is both bold and deftly handled. Each character has a distinct personality, a specific voice, and they are never muddled or muddied (though only three actually have their POVs presented).

The plot of this novel is also near-perfect. As we learn about Zoe’s mother’s death, we also learn about Zoe’s past (an incident that occurred when she was fourteen) and the relationships between the people without her. It’s as much human drama as it is mystery or thriller, and I found myself equally interested in every aspect of the story.

What I really liked was that the entire story took place over one 24-hour period, and while there was a lot going on, it never felt implausible or too compressed.

Bottom line: If you want a really great story that’s a little bit thriller and a little bit drama, this is the novel for you.

Goes well with a curry and the lager of your choice.

Thursday, September 29th: What Will She Read Next