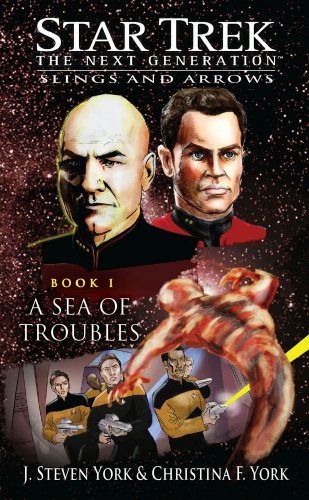 Back when I was a child, when going to the library didn’t involve a due date slip coming from a receipt printer, or being able to request books via the internet, I used to ride my bike there once a week, and fill my backpack to bursting, but I don’t really remember what my first book was. I know that when I was very young, I read a lot of Hardy Boys and Nancy Drew mysteries, that I borrowed all the Little House books before I owned my own, and that I probably read all of the Pern novels that way as well, but I don’t really remember what I checked out.

The same goes for what I bought…I mean, I was blowing my allowance on books when everyone else was buying clothes and makeup, and that was another special weekend ritual for me, but…I don’t really remember what I bought first.

I do know that even though I LOVE my kindle, there’s nothing like walking into a bookstore with available cash and weekend to fill.