…but I haven’t been posting any reviews lately. I’ve needed a break from it.

I’ve been blogging about general stuff over at MelissaBartell.com.

Deed So
Katherine Russell
CreateSpace, 438 pages
November 2010
Buy this book from Amazon or Read the first chapter for free

Product Description (from Amazon.com):
It is 1962, and Agnes Hayden Bashford, Haddie, a brainy Southern teen from a tradition-bound family, dreams of breaking free from suffocating expectations placed on girls and from Wicomico Corners. She vows to escape to the exhilarating world beyond its narrow borders, like her handsome, older friend Gideon Albright who is going to Vietnam. A series of shocking incidents brings the outside world crashing down on her peaceful village, exposing long-buried family secrets and setting Haddie on a collision course with an unstable firebrand who will have to silence her to protect his identity. Haddie witnesses the fatal shooting of a black teen by a white down-on-his-luck farmer trying to protect his retarded son. The resulting murder trial attracts outside agitators and political aspirants, and pits townspeople against each other. Excited about being a witness in the trial, Haddie sees her moment of notoriety dissolve into frustration and discomfort and tragedy claim the people around her. The racially-charged case exposes civic fault lines and secrets within Haddie’s own family, shattering her comfortable home life, and unleashes an arsonist who terrorizes the community by night. In Deed So, a young girl and an entire town lose their innocence in the last year of innocence, the year before the Kennedy assassination, the civil rights struggle, feminist activism and the Vietnam War changed America forever.

Haddie, the main character in Katherine Russell’s novel Deed So is the same age as my mother. That thought kept running through my head as I was reading her story, and mentally juxtaposing it with the stories my mother had told me about growing up in New Jersey in the same year. Haddie had a friend who was a soldier in Viet Nam – my mother’s only brother chose to go to Canada instead… Haddie was a witness to ethnic persecution – my mother, on a field trip to Washington D.C., saw Dr. King holding one of his first vigils, sitting alone and silently at the Lincoln Memorial. Separating my mother’s real story from Haddie’s fictional one proved difficult for me as I was reading this book.

And it’s a wonderful book, albeit one about some very un-wonderful events. Russell’s characters are vivid and completely three-dimensional, and the opening, in a Southern church supper makes you almost smell the ham, and hear the clinking of silverware against china. Her parents are portrayed not as Evil Adults, but as very human people who love their daughter and try to ride the line between encouraging her precocious intelligence and protecting her relative innocence.

I also enjoyed reading about Haddie’s friendships with the other girls her age – the sneaking of cigarettes and looking at the pictures in Grey’s Anatomy made me laugh – it’s such a universal experience for young girls in the pre-Internet age.

When the book turns darker, first because of a fight that Haddie witnesses, and which results in a court case, and later because of a series of fires that may or may not be related to the trial (I’m not telling!), Russell doesn’t flinch. Her characters represent the broad spectrum of public opinion about the rights and roles of African Americans during the civil rights movement, and while many of those opinions are decidedly unPC by modern standards, they are true to the period, and to the region.

The mark of a good writer, a good storyteller, is to take a difficult subject and present it in a fashion that is both interesting and compelling. In Deed So Russell has done exactly that.

Robert Louis Stevenson’s poems were constant friends in childhood, poems my grandmother and I would memorize and recite. I knew all about having a little shadow, and going up in a swing.

One poem that I never appreciated until this weekend, which has been spent largely in bed, was “The Land of Counterpane,” in which a sick child turned the hills and valleys of his comfortable bed into all manner of landscapes for his imagination.

I don’t imagine my quilt squares as separate countries, but I do still let imagination run wild.

Even days spent propped on pillows have magic.

Originally written 30 August 2009 in another blog. 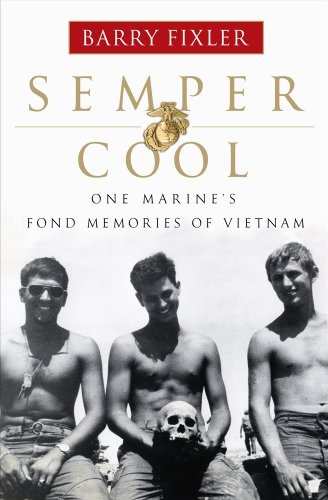