The Longest Trip home
John Grogan
Get it from Amazon.com >>

It’s weird the way some books fall into your life exactly at the right moment. For example, the day after I got home from my recent trip to New York and New Jersey, on a flight where I resorted to actually reading the different ads all professing to be about the best weight loss pills, or coolest diving watch, or whatever, because I just wasn’t in the mood for the book I had with me, I found Dracula: the Un-Dead, a new “Magic Kingdom” novel from Terry Brooks, Sarah’s Key (which the woman across the aisle of the plane swore was a great novel despite being a Holocaust story), and John “Marley and Me” Grogan’s latest memoir, The Longest Trip Home.

I reviewed the Dracula book earlier this week, and finished Sarah’s Key the next day, though I haven’t posted the review yet (look for it on Tuesday), and I finished the Grogan book yesterday. It is that book that seemed perfectly time.

First, I have to share, in case I hadn’t, that I love Grogan’s writing style. I never read his columns, but I loved Marley and Me as much for his storytelling capabilities as because I’m a sucker for a good dog story.

Second, like Mr. Grogan, though to a lesser degree, I’m “culturally Catholic.” My Italian-American relatives still watch the news in Italian (from their plastic-wrapped New Jersey living room), and have palm crosses stuffed between the pages of the Bible and the Dictionary, and pictures of the Pope above the TV. My grandmother kept her rosary beads at her bedside, even after she was mostly senile, and while I have serious issues with the politics of the Catholic Church, I will always have a special place in my heart for the ritual, the music, and the “smells and bells.”

But this isn’t my general blog, so let me talk about the book.

The Longest Trip Home is about Grogan’s life, growing up as a good Catholic boy in the Michigan suburbs, and growing away from his family and his religion as he became an adult, a journalist, and a husband and father.

It’s a linear book, tracing the author’s life in mostly-chronological order, and if there’s a focus on the funnier side of things, I can’t blame him – humor connects us in ways straight facts cannot.

From his stint as altar boy to his founding of an underground paper in high school, to his first meeting with the woman who ultimately became his wife, Grogan shares his life in fairly candid language, with some concessions made for the protection of real people.

Most poignant, is the last quarter of the book, where Grogan must deal with the aging of his parents, and eventual death of his father, but while some of it is sad, none of it is ever maudlin.

It’s a wonderful memoir, and an entertaining read, but for me, personally, it was also validation of this habit of clinging emotionally to Catholic roots even if we don’t cling to the modern form of the religion.

I hope John Grogan continues to write books.
I’ll be first in line for his next offering.

h J R
Melissa A. Bartell @melysse @RussellRicard @DCHHS @fema My husband isn’t high risk, so he has to wait. But I feel so much better having gotten the shot.

h J R
Melissa A. Bartell @melysse This is the sun-blind selfie of a #vaccinated woman. Got the #singledose J&J vaccine via @DCHHS & @fema at #fairparkdallas #drivethru hub. #wearamask #getyourshot https://t.co/u6rbMje6zz https://t.co/y7H6He95xi 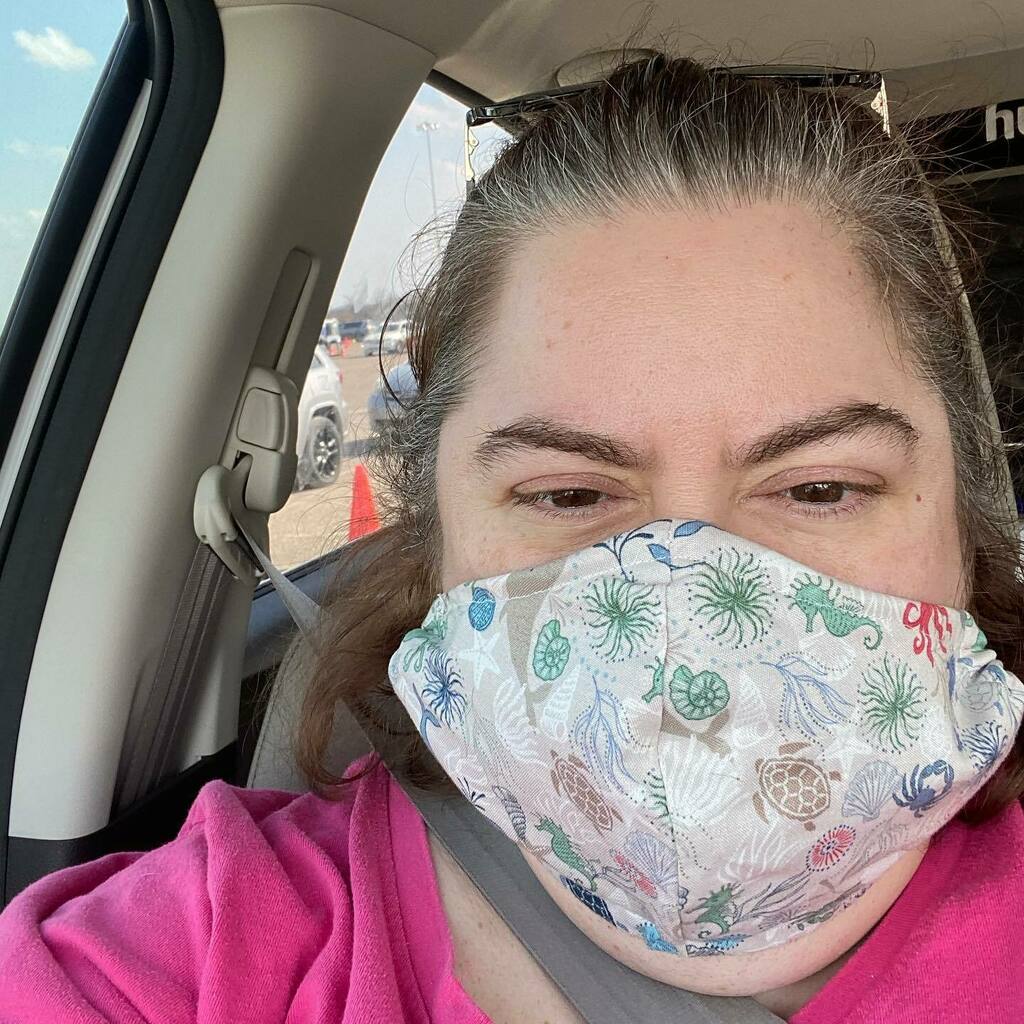