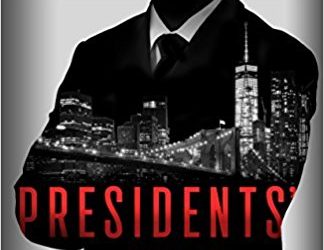 About the book, Presidents’ Day For readers of David Baldacci and Brad Meltzer comes a timely political thriller from the bestselling author of Losing Isaiah.

In this twisting, ferocious novel of suspense, the presidential race has a number of men all clawing to get to the top. Each man has a locked closet of secrets. And one man holds every key.

Julian Mellow has spent his life amassing a fortune out of low-risk / high-reward investments. But the one time in his life he got in over his head, he left another man holding the bag, and made an enemy for life, one who has nothing to lose. Now, Mellow has an even greater ambition–to select the next President of the United States–and to make that man do his bidding, in business and beyond.

It all ties to an African nation where his son died years before, where a brutal dictator still rules supreme, and where a resistance movement lurks in the alleys, waiting for the right time to strike. Margolis spans the globe to weave together a brilliant story of politics at its most venal, where murder is a part of the political process, where anyone’s life is up for sale, and where one man–that bad penny of an enemy–could bring the whole kingdom toppling.

As the new President is inaugurated, Seth Margolis has penned a perfect thriller for the voting public, one that asks who really puts the next person in the White House? And at what cost?

About the author, Seth Margolis Seth Margolis lives with his wife in New York City and has two grown children. He received a BA in English from the University of Rochester and an MBA in marketing from New York University’s Stern School of Business Administration. When not writing fiction, he is a branding consultant for a wide range of companies, primarily in the financial services, technology and pharmaceutical industries. He has written articles for the New York Times and other publications on travel and entertainment.

If I hadn’t read enough interviews with author Seth Margolis to know that he’d written Presidents’ Day  before Donald Trump ever announced that he was running for president last year, I’d have been convinced this novel was inspired by real events.

In actuality, however, Margolis’s work is witty and smart, two traits that reality seems to be somewhat lacking these days, and his globe-spanning story of power machinations, intrigue, and retribution is a meaty, gripping novel that kept me enthralled for the entire 360 pages.

It’s also a novel with a fairly substantial cast of character. Julian Mellow, is, of course the central character, with Zach Springer being one of the other main voices we hear, but I definitely felt like there was a sort of ‘cast of thousands’ inhabiting the pages of this book.

What really struck me was the cinematic quality to Margolis’s writing. From the opening scene in San Francisco, to the final one in Florida this book is immersive. I could feel the steepness of that hill in the first chapter and see the drab, grubby room in the last, and in between, whether the setting was an opulent hotel, a conference room in an office building, or the White House, itself, the sense of place is incredibly strong.

Ultimately, Presidents’ Day is a read with as much social commentary as satisfying plot twists, and I recommend it to anyone who likes thrillers or political fiction.

Goes well with a Reuben sandwich and a bottle of micro-brew beer.

TBD: Blogging with A