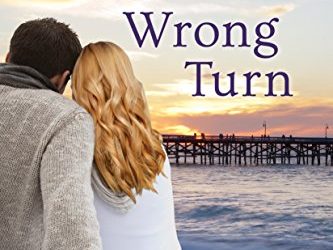 About the book, One Wrong Turn

Deanna Lynn Sletten returns with unforgettable new novel about one man’s crisis of self . . . and his greatest act of love.

The words roll off Clay Connors’s tongue, but with his ex-wife lying in a coma—with no assurance that she’ll awaken—he knows that he is perilously close to losing everything. A singular, terrifying accident has left Jess Connors suspended between life and death. Now Clay is reunited with the family he hasn’t seen for two years, including the daughters he left behind.

Clay should have been there for his family. Never should have stayed away so long. The alcohol that took over his life destroyed everything but a shred of his self-preservation. Sober and haunted, Clay revisits the memory of love, marriage, and how his life unraveled. He hopes that by trying to reconnect with the daughter who blames him and the daughter who barely knew him, he can find a light of hope in this darkest hour. As his family faces its most grueling, emotional test yet, Clay must summon the courage to make right what was wrong—and find forgiveness from his harshest judge: himself. I was first introduced to Deanna Lynn Sletten’s work when I reviewed Maggie’s Turn in 2013, and I’ve loved her writing ever since. She creates wonderful stories with vivid settings and vibrant characters, and she always leaves you feeling like the world still holds hope – something we all really need right now.

This novel, One Wrong Turn, is no exception. A family drama, it takes place in the present on the Northern California coastline, and in the past (via flashbacks and memories) mainly in Southern California. While the scenes in the past were crucial for understanding the relationship between Clay and Jess in the present, I was more drawn to the contemporary scenes, probably because I lived in Northern California for a good chunk of my life (if I could afford it, I’d be running a B&B in Half Moon Bay right now) and was really wishing for those cool coastal breezes while I read this in hot, humid, Texas.

I really liked that Clay and Jess were depicted both as a couple and as separate individuals, and I liked the details of his being a musician. One thing that really resonated with me was an early flashback where he cuts his hair after meeting Jess and receiving her unfavorable comment about his pony-tail. My own husband (we celebrated 22 years in March) had a mullet when we met – I knew it was real love when he cut his hair short for me.

While characters who are young children don’t typically appeal to me, Sletten is so good at her craft I found Jess and Clay’s daughters, Maddie and Jilly, to be surprisingly not-annoying, the way the kids of most of my friends are. I know that sounds like an odd thing to comment on, but writing children well is a skill not every author has.

Overall, One Wrong Turn is one right choice if you like heartwarming family dramas, plausible love stories, and novels that end with hope and happiness.