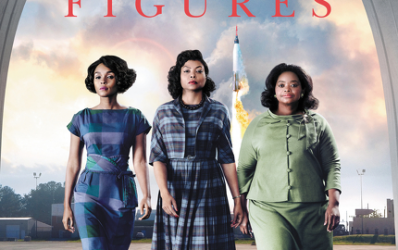 About the book,  Hidden Figures Before John Glenn orbited the earth, or Neil Armstrong walked on the moon, a group of dedicated female mathematicians known as “human computers” used pencils, slide rules and adding machines to calculate the numbers that would launch rockets, and astronauts, into space.

Among these problem-solvers were a group of exceptionally talented African American women, some of the brightest minds of their generation. Originally relegated to teaching math in the South’s segregated public schools, they were called into service during the labor shortages of World War II, when America’s aeronautics industry was in dire need of anyone who had the right stuff. Suddenly, these overlooked math whizzes had a shot at jobs worthy of their skills, and they answered Uncle Sam’s call, moving to Hampton, Virginia and the fascinating, high-energy world of the Langley Memorial Aeronautical Laboratory.

Even as Virginia’s Jim Crow laws required them to be segregated from their white counterparts, the women of Langley’s all-black “West Computing” group helped America achieve one of the things it desired most: a decisive victory over the Soviet Union in the Cold War, and complete domination of the heavens.

Starting in World War II and moving through to the Cold War, the Civil Rights Movement and the Space Race, Hidden Figures follows the interwoven accounts of Dorothy Vaughan, Mary Jackson, Katherine Johnson and Christine Darden, four African American women who participated in some of NASA’s greatest successes. It chronicles their careers over nearly three decades they faced challenges, forged alliances and used their intellect to change their own lives, and their country’s future.

About the author Margot Lee Shetterly

Margot Lee Shetterly grew up in Hampton, Virginia, where she knew many of the women in Hidden Figures. She is an Alfred P. Sloan Foundation Fellow and the recipient of a Virginia Foundation for the Humanities grant for her research on women in computing. She lives in Charlottesville, Virginia.

I love biographies, in print and on screen, and I’m a big space nut. Until recently, my favorite space book was A Man on the Moon, by Andrew Chaikin, and its accompanying miniseries From the Earth to the Moon (1995, HBO), but after reading Hidden Figures that book has been edged into second place.

This book biography, it’s history – herstory – it’s about culture and society and the way white and black America are still incredibly different even though they have many similarities, but it’s also a story about math and physics, and how those things help us to create our dreams.

Dorothy Vaughan, Mary Jackson, Katherine Johnson and Christine Darden were mathematicians in the early days of NASA’s space program. Without them, John Glenn would never have successfully orbited Earth, and Apollo 13 would never have come home, but those are only two big events in a series of many, many smaller events.

In that first book I read, years ago, there’s an explanation of what it takes to accomplish docking two craft (the orbiter and the LEM) in space. In the HBO miniseries, it’s dramatized by a scene in which one man says to each other, “Okay, you stand in my front yard, and I’ll stand in the back, and I’m going to throw this basketball over the roof and you’re gonna try to hit it with this baseball as it crests.” (I might be paraphrasing, but that’s the gist of the conversation.”

These women, Dorothy, Mary, Katherine and Christine, did the math to make that work.

But they weren’t mere math geeks. And this book shows that. It shows that they had lives and homes and families, and all of the usual conflicts that working woman have when choosing between career and family. It shows their similarities, and their differences, and it does it in a way that – even at it’s ‘mathiest’ – is never boring, never dry.

Hidden Figures is a must-read for women and girls who are in, or interested in, STEM fields, yes, but I’d recommend it to space nuts like me, to feminists, to people who want a better understanding of the civil rights movement, and to people who just enjoy reading biographies, because it’s well crafted, compelling, and so, so human.

There’s a movie based on this book that is opening in select theaters on Christmas Day, and nationwide in January. Read the book before you see the movie.

Trust me on this.

Tuesday, December 13th: As I turn the pages

Friday, December 23rd: Based on a True Story