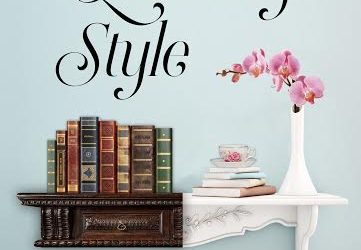 About the book, Love Literary Style They say opposites attract, and what could be more opposite than a stuffy literary writer falling in love with a self-published romance writer?

Meet novelist Aaron Mite. He lives in a flea-infested rented alcove, and his girlfriend Emma, a combative bookstore owner, has just dumped him. He meets Laurie Lee at a writers’ colony and mistakenly believes her to be a renowned writer of important fiction. When he discovers she’s a self-published romance author, he’s already fallen in love with her.

Aaron thinks genre fiction is an affront to the fiction-writing craft. He likes to quotes the essayist, Arthur Krystal who claims literary fiction “melts the frozen sea inside of us.” Ironically Aaron doesn’t seem to realize that, despite his lofty literary aspirations, he’s emotionally frozen, due, in part, to a childhood tragedy. The vivacious Laurie, lover of flamingo-patterned attire and all things hot pink, is the one person who might be capable of melting him.

Their relationship is initially made in literary heaven but when Aaron loses his contract with a prestigious press, and Laurie’s novel is optioned by a major film studio, the differences in their literary sensibilities and temperaments drive them apart.

In a clumsy attempt to win Laurie back, Aaron employs the tropes of romance novels. Too late. She’s already taken up with Ross, a prolific author of Nicholas Sparks-like love stories. Initially Laurie is more comfortable with the slick and superficial Ross, but circumstances force her to go deeper with her writing and confront a painful past. Maybe Aaron and Laurie have more in common than they imagined.

In the tradition of the Rosie Project, Love Literary Style is a sparkling romantic comedy which pokes fun at the divide between so-called low and high brow fiction.

About the author, Karin Gillespie

Karin Gillespie is the author of the national bestselling Bottom Dollar Girls series, 2016 Georgia Author of the Year, Co-author for Jill Connor Browne’s novel Sweet Potato Queen’s First Big Ass Novel. Her latest novel Love Literary Style was inspired by a New York Times article called “Masters in Chick Lit” that went viral and was shared by literary luminaries like Elizabeth Gilbert and Anne Rice. She’s written for the Washington Post and Writer Magazine and is book columnist and humor columnist for the Augusta Chronicle and Augusta Magazine respectively. She received a Georgia Author of the Year Award in 2016.

I’m old enough to have grown up with reruns of a silly 1970’s anthology show called “Love, American Style,” and for some reason, the theme song from that show keeps running through my head every time I see the title of Karin Gillespie’s funny, sweet, clever novel, Love Literary Style.

I always enjoy it when authors take a well-known trope and subvert it, and that’s what Gillespie has done in this book. She’s taken all the conventional trappings of a conventional romance – Girl and Boy are unhappy alone and have similar, but not duplicate, aspirations. Girl and Boy meet in a controlled environment, fall madly in love, and can’t make it work, then angst about it until they put themselves back on the ‘correct’ path – and turns them into something that skirts the edge between contemporary romance, general fiction, and literary fiction.

Her lead characters, Laurie and Aaron are both quirky, engaging people, who feel like slightly heightened versions of the types of people we all know: the bubbly, boisterous, young woman who doesn’t just wear pink, but lives it, and the charmingly dweeby academic who, deep down, wants to break out of his shell.

But far from being stereotypes, they are truly dimensional characters. Laurie wants to write romances and Aaron wants to publish his literary novel, but both of them are very much akin, in that they each want a committed partner who will support their artistic endeavors and their emotional needs, and I found both their journeys to be interesting and somewhat uplifting.

As an aspiring writer myself (aren’t we all?) I loved the behind-the-scenes glimpses at the publishing world, both mainstream/commercial and indie/self, as well as the “class wars” between mass market and literary fiction. (Personally I read a little of everything.)

Overall, Love Literary Style is a refreshing romp of a literary romance – light enough to be enjoyed by almost anyone, but deep enough to give those who want a meaty read their satisfaction, as well. Friday, November 11th: Not in Jersey

Thursday, November 17th: Thoughts on This ‘N That

Tuesday, November 22nd: All Roads Lead to the Kitchen