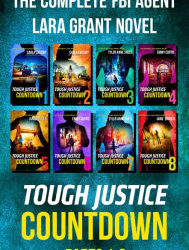 h J R
Melissa A. Bartell @melysse @TheCakest Pinks and reds are ***extremely*** persistent. And while some colors are forgiving, silver over anything but platinum gives you this gross mushroom grey-brown.

h J R
Melissa A. Bartell @melysse @TheCakest I’ll play if you do. I was going to suggest “songs of hope & joy”

h J R
Melissa A. Bartell @melysse Hey, @TheCakest, Is #MusicAdvent happening this year? Do we have a theme? (December 1 isn’t til Weds, but Advent starts tomorrow.)

h J R
Melissa A. Bartell @melysse @TheCakest I literally just took that color OUT of my hair (after an hour with 40 volume bleach bits of my hair were still faded salmon) hoping to go silver because I’ve reached THAT AGE, but alas, it didn’t lift enough. So dark chestnut it is.