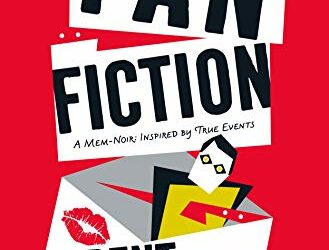 Dreamland
Brent Spiner, Maude Maggart
Get it from Amazon >>

I’ve always been a fan of audio dramas, and have fond memories of rainy winter Sunday evenings, when my mother would make soup or stew, and she, Ira, and I would sit around the kitchen table and listen raptly to the radio plays that were broadcast on the local NPR affiliate. Or maybe it was the Pacifica affiliate. Either way it was a nice break from worrying about heating bills, the merits of tanked vs. tankless water heaters, and any number of other modern subjects.

Knowing this, there is every chance that, had I known to look for it, I’d have fallen in love with Brent Spiner’s newest brainchild, Dreamland, a CD that is more than just music, but really an audio musical with a healthy dash of noir-style characters and settings, and some great American standards, performed by Spiner and his co-star for this production, Maude Maggart.

I’ll confess that, even though I’m not generally given to collecting autographs from actors, no matter how much I enjoy their work, I paid the extra $10 over the $19,99 base price of the Dreamland cd to have Mr. Spiner not only sign it, but also to add the phrase “To MissMeliss” in strong silver writing on the front, because I am that big a geek.

Dreamland is the story of one man’s dream. I’ve often said that I dream not just in technicolor, but in full surround sound with a studio orchestra and backup singers. Apparently, so does the protagonist of this story, because when we meet him he’s preparing for bed in a hotel room, and is asking for a 9:30 AM wakeup call.

For the rest of the 50-ish minute CD, we, and he, are living within the dream, and, as can happen in small-d dreamland, scenes transition abruptly, time is either stretched or compressed as needed, and songs are used to punctuate feelings, but also to further the storyline. At one point, our hero offers the heroine a lift, but instead of car, he has a train. Such is the stuff of dreams.

Spiner’s vocals seem richer and healthier than his previous disc, Ol’ Yellow Eyes is Back, which included similar types of songs. I especially liked “The Moonbeam Song,” and “In the Wee Small Hours of the Morning,” but everything was quite pleasing. Of course, he also wrote the script, so it makes sense that he would pick songs he sings well.

Ms. Maggart (who is also Fiona Apple’s sister), has a lovely voice, and it’s so refreshing to hear a female lead who isn’t an over-shrill soprano (though as a mezzo myself, I may be biased). Her “I Remember You” is sheer magic.

Many of the other characters in Dreamland were voiced by Mark Hamill (yes, that one), but you’d never be able to pick out his voice if you didn’t know ahead of time that he was part of the project.

In an age of wall-vibrating dance beats, it’s nice to spend a quiet hour listening to something like Dreamland, and enjoying music from a time when songs were so much more singable than they are now. The only thing missing from the audio experience, for me, was a rainy day.

Dreamland may be purchased at Brent Spiner’s website, The Real Brent Spiner, and he takes paypal.

Melissa A. Bartell @melysse In memory of someone I never met, but whose words have soothed, inspired, provoked, encouraged, and resonated with me for years. #RIP #thichnhathanh https://t.co/yF9sg5Cp7n https://t.co/PJewCI0evM