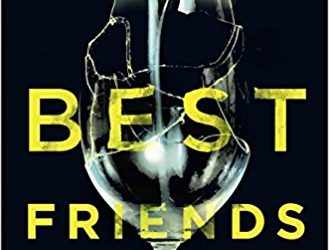 About the book, Best Friends Forever Kat Grant and Alice Campbell have a friendship forged in shared confidences and long lunches lubricated by expensive wine. Though they’re very different women—the artsy socialite and the struggling suburbanite—they’re each other’s rocks. But even rocks crumble under pressure. Like when Kat’s financier husband, Howard, plunges to his death from the second-floor balcony of their South Florida mansion.

Howard was a jerk, a drunk, a bully and, police say, a murder victim. The questions begin piling up. Like why Kat has suddenly gone dark: no calls, no texts and no chance her wealthy family will let Alice see her. Why investigators are looking so hard in Alice’s direction. Who stands to get hurt next. And who is the cool liar—the masterful manipulator behind it all.

About the author, Margot Hunt

Margot Hunt is the pseudonym of a bestselling writer of twelve previous novels. Her work has been praised by Publisher’s Weekly, Booklist and Kirkus Reviews. BEST FRIENDS FOREVER is her first psychological thriller. Opening with a scene of contemporary domestic life, we are introduced to Alice Campbell before we ever meet Kat, wife of the deceased, and that’s appropriate, because most of this novel is from Alice’s point of view.

I really liked Alice’s internal commentary, the way she kept biting back her initial responses (something she learned from a marriage counselor) but more than that, I liked that even though she didn’t always like the choices she’d made during her life, she owned them.

Overall, this novel was a really satisfying read. I liked that the two female protagonists, Alice and Kat, were both mature adults with families, not wide-eyed ingenues, or still-naive newlyweds. I liked that their friendship was formed organically – a chance meeting – rather than in a PTA.

As to the story, Margot Hunt’s style kept me interested from the first page to the end, and she truly surprised me with a couple of her plot twists. Her voice is contemporary and fresh, very readable, and her descriptions are cinematic. I could totally see Best Friends Forever as a Lifetime movie (though I’d rather see it as a Starz limited series.)

Interesting, truthful characters, not just Alice and Kat, but also Alice’s husband Todd, and the two investigating officers, really grounded this novel in reality, while the tightly-woven plot really sang.

Friday, February 16th: Thoughts on This ‘n That

Best Friends Forever
Jennifer Weiner
Get it from Amazon >>

When I saw Atria Book’s advertising their Galley Grab event on Twitter, I had to go pick some books. The arrived recently, and among them was Jennifer Weiner’s latest novel, Best Friends Forever. As with most of her books, I devoured it in the space of one or two afternoons and evenings.

Weiner, of course, has the talent of being able to give us a view of life as clear as if it had been recorded by one of the latest, greatest camcorders, but in this novel, the lens has a darker filter than her usual work. She’s grown from chick lit to serious fiction, and while the story is just as compelling as any of her others, the darker, more serious tone may be a bit jarring to someone expecting something like Good in Bed or In Her Shoes.

The story, as the title implies, is that of two friends. Val and Addie met in childhood, bonded, and then separated after high school, as often happens. When Val shows up at Addie’s door years later, bloodstained and shocky, how can she deny her best friend anything?

What follows is a sort of grown-up road trip, both physical and metaphysical, and at journey’s end, both women are more in touch with themselves and each other.