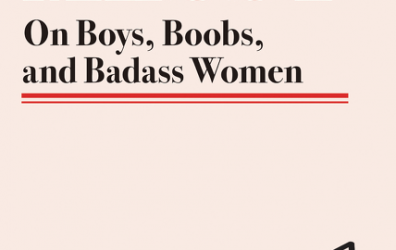 About the book, It’s Messy In this deeply personal collection of essays, creator of the The Conversation Amanda de Cadenet shares the hard-won advice and practical insights she’s gained through her experiences as businesswoman, friend, wife, and mother.

Amanda is on a mission to facilitate conversations that allow all women to be seen, heard, and understood. Through her multimedia platform The Conversation, she interviews some of today’s most bad ass women—from Hillary Clinton to Lady Gaga—in no-holds-barred conversations that get to the heart of what means to be female. Now, in It’s Messy, Amanda offers readers an extension of that conversation, inviting them into her life and sharing her own story.

From childhood fame to a high-profile marriage (and divorce) to teen motherhood to the sexism that threatened to end her career before it started, Amanda shares the good, the bad, and the messy of her life, synthesizing lessons she’s learned along the way. Through it all, she offers an original perspective as a feminist on the front lines of celebrity culture. Edgy, irreverent, poignant and provocative, It’s Messy addresses the issues, concerns, and experiences relevant to women today.

About the author, Amanda de Cadenet Amanda de Cadenet is a creative force with a lifelong career in the media. She began as a host on British television at the age of fifteen and became a sought-after photographer shortly after—as a result her impressive photography career already spans nearly twenty years. She is the youngest woman ever to shoot a Vogue cover and has photographed many of the most influential figures in popular and political culture. As a media entrepreneur, Amanda is the creator of The Conversation, a series that showcases her in-depth interviews on real topics with celebrated women. Whether it’s in conversations with Lady Gaga, Sarah Silverman, Zoe Saldana, Chelsea Handler, or Gwyneth Paltrow, or in discussions with devoted followers of her social channels, Amanda delivers an honest and authentic voice. The series has aired in eighteen countries and is featured online, with over ten million viewers. In January 2016, Amanda conducted an exclusive one-on-one interview with presidential candidate Secretary Clinton. In February 2016, Amanda launched #Girlgaze, a digital media company utilizing user submitted content and highlighting the work of  Gen Z women photographers and directors.

I love collections of essays and short stories. You can pick them up and put them down, start from random points, if you’re of a mind to, and leave them in the bathroom for a week, to be read when you’re pretty much a captive audience. When such a collection is good, it hooks you, makes you think, makes you want to phone the author and gush over her words.

The author, Amanda de Cadenet is, like me, a solid GenXer. Okay, she’s British and comes from a famous family, and we had radically different lives, but she has a sensibility I really responded to – to the point where I was following my husband around our house reading bits of her essays out loud.

Here’s what I loved about It’s Messy: It’s candid – it’s candid in the kind of way I wish I was comfortable being. It’s not ha-ha funny, but there’s a wry undertone that runs through even the most poignant of pieces. I responded to that very strongly. And mostly – it’s universal. Sure, the details are specific to the author, but the emotional truths she shares, the life lessons she relates  – those apply to all of us.

I also liked – and this may seem a small thing, but in an age when we are just learning about intersectionality, it’s important – in her introduction she referred to “anyone who identifies as female.” As an ally, that phrase sold me on the entire book.

And, let me be clear, It’s Messy: Essays on Boys, Boobs, and Badass Women, is a great book. I laughed, I cried, I felt like I’d been having a two hundred-ish-page-long conversation with a dear friend, the kind who is insightful and blunt, but also caring.

Because people always want to know what our favorites are, I will call out two of the essays as things I responded to particularly. The first is “Life According to Little Amanda” which is sort of a bio, but a little bit deeper, and slightly less linear. While I’ve never sat down next to a member of Duran Duran and ended up dating him, or spend time in juvie, I know what it is to feel out of place, or like regular life just isn’t working.

The second which I particularly enjoyed despite the fact that I’m not a parent, is “How to Parent in the Time of Trump,” because it’s so very important that we nurture our younger generation but that we’re also honest with them. Many of my friends have kids who are asking the same sorts of questions Amanda’s kids are asking, and I feel like I should make copies of this essay and share it with all of them.

Naah… they all just need the whole book.

Goes well with a tall glass of milk (or your favorite milk-alternative) and a slice of leftover birthday cake.

Friday, September 8th: Thoughts On This ‘n That