Hollywood Monster: a Walk Down Elm Street with the Man of Your Dreams
by Robert Englund, with Alan Goldsher
Pocket, 304 pages
Get it from Amazon >>

I have a memory from when I was twelve or thirteen (but probably twelve): I was sitting in the living room with my mother, stepfather, and stepbrother, textbooks strewn all around us on the floor, watching this movie called V, about aliens coming to earth to steal water and eat people. Mike Donovan, played by Marc Singer, was supposed to be the sex symbol in the show, but I was a geek, even then, and it was the friendly alien, Willie, that caught my attention. That was my first introduction to Robert Englund.

Two years later, had seen all of the V mini-series, and was excited to find out about an upcoming weekly series. I’d also seen one of Englund’s horror movies, Galaxy of Terror (notable for its weirdly impressive cast, and the scene in which Erin “Joanie Cunningham” Moran gets raped by a giant maggot), and was about to be introduced to another of this actor’s iconic characters, one Freddy Krueger, for the first time. While I was never the type of fangirl who wrote letters or anything, I’ll cop to having a crush on Robert Englund from the age of twelve. But we knew I was weird.

Knowing this, it should come as no surprise that when I read on Englund’s website (RobertEnglund.com) that he was publishing a memoir, and that one could buy regular copies from Amazon.com and regular booksellers, or pay a little more for a signed copy, I quickly whipped out my paypal ID, and ordered a signed copy. That was in October. On Halloween (appropriate, no?) I received an autographed photo of Robert Englund as Freddy, with an apologetic note that my copy would be delayed.

Things happened, and all of a sudden, I realized it was almost MARCH, and I’d never received my book. I sent a note to the customer service address, and received an email back that evening, that my order would be “checked on.” That was exactly a week ago, Sunday, February 28th. On Wednesday, March 3rd, I found my book in the mailbox. The cardboard priority mail envelope had been slashed as if by Freddy Krueger’s glove (not intentionally, I’m certain), and the post office had encased it in plastic, but the book was in bubble wrap, and unharmed. I read through all the postcards inside it, looked inside for the autograph (it came with an accompanying doodle of Freddy, drawn by Mr. Englund himself), and then left for Bible Study (and don’t think I don’t recognize a bit of irony in THAT).

I arrived home, did a bit of work, and then settled in to read.

By the time Fuzzy came to bed, I was two-thirds of the way through with the book, and I succumbed to the call and turned on a booklight, so I could finish it before going to sleep.

But, I promised a review. So:

Robert Englund’s memoir of his childhood entry into acting, and his resulting career as a character actor and horror movie icon is a delightful read. Candid and funny, it flows like a really good conversation, leaving you with the feeling that you’ve heard some great stories and sipped some excellent beer. The ghost writer/editor who helped shape the book was able to make everything sound like the voice Englund uses in interviews – a weird combination of erudition, cynicism, and charm, gregariousness. This is a man who takes his craft seriously, but doesn’t take himself too seriously.

I enjoyed learning more about the series of events that led Robert to the role of scream god Freddy Krueger, and about his relationship with role over the years. As much as I’m a bit disappointed that he won’t be reprising the part in the remake of A Nightmare on Elm Street due out this summer, I’ve read enough interviews stating that he’s okay with that decision, that I believe he is, and frankly, I’m enjoying catching him in dark, quirky parts that don’t require him to look like a mangled pizza.

While Hollywood Monster is probably best appreciated by fans, it’s such a great read that even non-fans would probably enjoy it. In fact, I don’t think it feels like a celebrity memoir at all. But then, it shouldn’t, because even though his job site is generally a movie set, Englund describes himself as a “working stiff,” and his book serves to remind us that working actors come in many, many flavors. 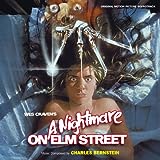