Happy Birthday Sherlock Holmes! In honor of the Great Detective’s birthday, I’m spotlighting the newest book to come from the pen (well, keyboard) of Stephanie Osborn. It’s no secret that I love her Displaced Detective series, but now she’s gone back in time and given us a glimpse of Holmes and Watson at the beginning […]

About the book, A Case of Spontaneous Combustion Publisher: Twilight Times Books Print Length: 344 pages When an entire village on the Salisbury Plain is wiped out in an apparent case of mass spontaneous combustion, Her Majesty’s Secret Service contacts The Holmes Agency to investigate. Unfortunately Sherlock Holmes and his wife, Dr. Skye Chadwick-Holmes, have […]

The Restaurant Critic’s Wife, by Elizabeth LaBan  (7 January) Sherlock Holmes and the Mummy’s Curse, by Stephanie Osborn (8 January) The Past, by Tessa Hadley (13 January) The Readers of Broken Wheel Recommend, by Katarina Bivald (19 January) Girl Through Glass, by Sari Wilson (26 January) Night Hawk, by Lindsay McKenna (27 January) The Lady’s […]

About the book, The Case of the Invisible Dog: A Shirley Homes Mystery Published by : Alibi (May 19, 2015) Pages: 385 In the start of a charmingly imaginative cozy series sure to delight fans of Carolyn Hart and Diane Mott Davidson, Diane Stingley introduces a blundering detective who believes herself to be the great-great-granddaughter of […]

The In-Between Hour, by Barbara Claypole White (Review) The Tempest Murders, by P.M. Terrell (Review) Short Leash: a Memoir of Dog-Walking and Deliverance, by Janice Gary (Review) Taking What I Like, by Linda Bamber (Review) Last Train to Paris, by Michele Zackheim (Review) Star Trek: The Next Generation – Survivors, by Jean Lorrah (re-read) (Review) […] 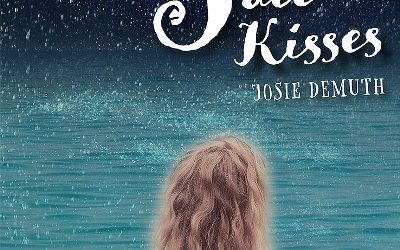 About the book A Thousand Salt Kisses Publication Date: April 2016 Wise Ink Press Series: Salt Kisses, Book One Genre: Young Adult/Fantasy/Romance/Mer-Stories Beautiful Crystal White is the new girl on the remote Starfish Island. During a party on the mainland, she goes for a midnight swim with other party goers where she meets the handsome, […]