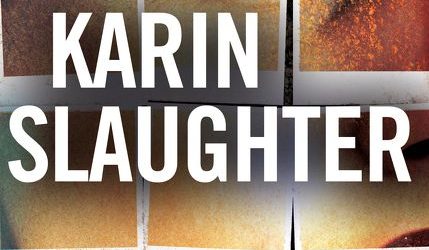 About the book, Pieces of Her The #1 internationally bestselling author returns with a new novel in the vein of her New York Times bestsellers Pretty Girlsand The Good Daughter—a story even more electrifying, provocative, and suspenseful than anything she’s written before.

What if the person you thought you knew best turns out to be someone you never knew at all . . . ?

But all that changes when a trip to the mall explodes into violence and Andrea suddenly sees a completely different side to Laura. Because it turns out that before Laura was Laura, she was someone completely different. For nearly thirty years she’s been hiding from her previous identity, lying low in the hope that no one would ever find her. But now she’s been exposed, and nothing will ever be the same again.

The police want answers and Laura’s innocence is on the line, but she won’t speak to anyone, including her own daughter. Andrea is on a desperate journey following the breadcrumb trail of her mother’s past. And if she can’t uncover the secrets hidden there, there may be no future for either one of them. . . .

Buy, read, and discuss Pieces of Her:

About the author, Karin Slaughter Karin Slaughter is one of the world’s most popular and acclaimed storytellers. Published in 120 countries with more than 35 million copies sold across the globe, her eighteen novels include the Grant County and Will Trent books, as well as the Edgar-nominated Cop Townand the instant New York Times bestselling novels Pretty Girls and The Good Daughter. Slaughter is the founder of the Save the Libraries project—a nonprofit organization established to support libraries and library programming. A native of Georgia, Karin Slaughter lives in Atlanta. Her standalone novels The Good Daughter and Cop Town are in development for film and television. I absolutely loved this novel! Not only was it well-paced and deftly plotted, but the characters really felt plausible. Yes, there’s mystery and intrigue, action and adventure, and those are all constructed brilliantly. The mall scene never had me wondering where people were in space (something that can often be an issue during chaotic scenes), and the unfolding truths about who Laura really is, kept me interesting.

But what hooked me was the Andy-Laura relationship. I’m forty-eight, not thirty-one, but I really identified with Andy. My own mother is the type who irons t-shirts and is always impeccably dressed. I’m self-employed and live in t-shirts and jeans and have to have special black shirts for when we eat Japanese food, for the inevitable moment when soy sauce ends up on my chest, and as for my iron… I’m pretty sure I could find it if I had to.

Author Karin Slaughter’s depiction of a mother-daughter relationship is perfect. Just perfect. The love Andy feels for her mother who is a breast cancer patient, the fear  and curiosity, and even a bit of betrayal at not knowing her mother’s real history – these things were so emotionally truthful that they drove the novel as much as the actual plot.

If you want a really satisfying read that combines believable characters and a compelling story, you must read Pieces of Her.

Tour Stops for Pieces of Her