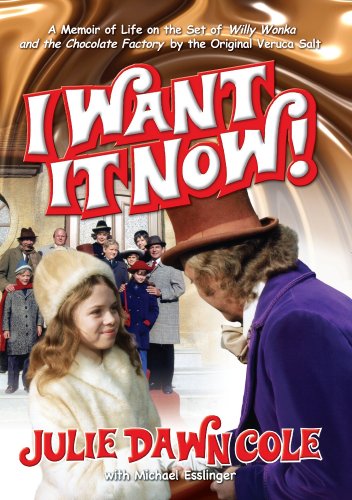 Review: I Want it Now! A Memoir of Life on the Set of Willy Wonka and the Chocolate Factory, by Julie Dawn Cole by Melissa Bartell is licensed under a Creative Commons Attribution-NonCommercial-ShareAlike 4.0 International License.