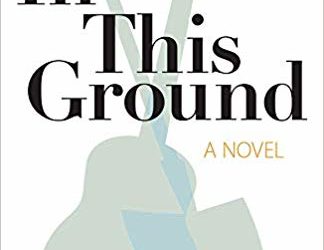 About the book, In This Ground Just as his indie-rock band was poised to make it big, Ben Dirjery traded it all in for fatherhood and the stability of a job at Bolster Hill Cemetery. Now closing in on fifty, the former guitarist finds himself divorced and at loose ends, and still haunted by the tragic death of his former band’s lead singer, who is buried, literally, under Ben’s feet. Then Ben’s daughter begins questioning a past he has tried to bury. If he can face her questions, he might finally put to rest his guilt over his bandmate’s death, and bring music back into his life.

Praise for In This Ground:

“Startlingly incongruous parts–graveyards, guitars, and mushrooms–come together in satisfying and unexpected ways. Sharp writing and an unconventional plot make for a darkly enjoyable read.”–Kirkus Reviews

About the author, Beth Castrodale Beth Castrodale has worked as a newspaper reporter and editor. Her novels include Marion Hatley, a finalist for a Nilsen Prize for a First Novel from Southeast Missouri State University Press (published by Garland Press in 2017), and In This Ground (Garland Press, 2018). Beth’s stories have appeared in such journals as Printer’s Devil Review, The Writing Disorder, and the Mulberry Fork Review. Get a free copy of her novel Gold River when you sign up for her e-newsletter, at http://www.bethcastrodale.com/gold-river/.

Quirky characters, music, knitting bombs, mushrooms, and green funerals all combine in this gripping novel from Beth Castrodale, In This Ground. It’s part mystery part character study, with multiple intertwining threads and overlapping stories, not to mention that it’s set in a cemetery.

At the center of it all, of course, is Ben, divorced, lonely, with his ambitions of being in a successful rock band long gone to seed, he is the POV character we first meet, and while the story pays more attention to his (dead and buried) former bandmate Nick Graves, and the Unknown Vagrant, whose very existence is a point of contention in the community, it is Ben’s arc that I found most compelling and most poignant.

In truth, though, every plot thread is equally fascinating, and every character is dimensional and interesting, and author Castrodale has woven (or knitted) it all together into a story that begs you to read it, and leaves you hoping for a sequel.

Goes well with: mushroom and olive pizza and a cold beer.

Tuesday, January 22nd: Really Into This and @mountain_reader_

Thursday, January 24th: Thoughts on This ‘n That